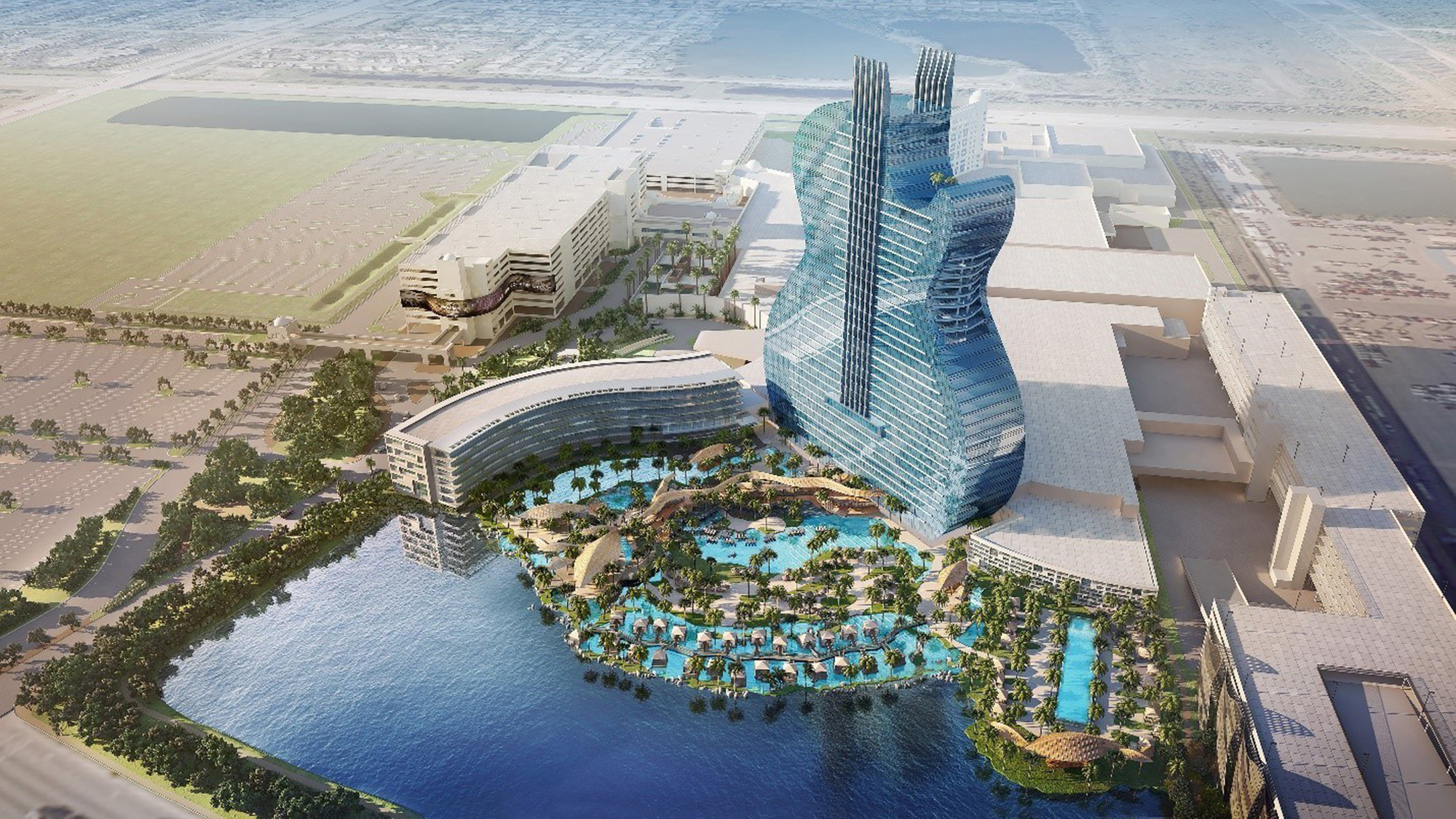 Artist’s rendering of the re-imagined atrium at the Seminole Hard Rock Hotel & Casino in Tampa.

Back in February, I visited the Seminole Hard Rock Hotel & Casino in Tampa for the opening of one of their new flagship restaurants, the Rez Grill. The hotel was then in the beginning of its massive expansion, having completed the renovation of its guestrooms and some of the gaming areas. Most notably, a new smoke-free gaming floor was added. Three cheers for that improvement.

From the window of my guestroom, I could see the pilings going into the ground for the new 15-story hotel tower, which will include 564 additional guestrooms, bringing the total rooms at the property to an even 800. The spa currently on the ground floor of the hotel is cozy and comfortable, but the din of the gambling floor can infiltrate a space designated for serenity. The new tower will feature a branded Rock Spa & Salon with the exclusive Rhythm & Motion spa treatment menu. Other additions to the hotel include a top-floor gaming parlor for VIP guests with a dedicated elevator for access to Rock Star Suites; an expanded pool deck with three pools; and an outdoor restaurant and bar. The Seminole Hard Rock Hotel & Casino’s redevelopment is slated for completion in mid-2019.

Whenever I talk up the Hard Rock brand’s exciting changes in Florida to colleagues, one of the first things they ask is, “Have you seen the guitar-shaped tower at the Hard Rock in Hollywood?” The answer is, yes, I have, and it’s an engineering wonder, one that will truly get the attention (and bookings) of hotel and music junkies alike. I’m looking forward to its opening in mid-2019 at the Seminole Hard Rock Hotel & Casino, including its casino with 3,000-plus slot machines and 18,000-square-foot poker room, nearly doubling the size of the current casino.

The building itself is spectacular, but the 806 guestrooms inside it promise to bring rock-star clout to Hollywood’s relatively sleepy existence. There are a ton of other projects going on at HRH-Hollywood other than the guitar tower, including 60,000 square feet of retail and restaurant space, a new 7,000-seat Hard Rock Live venue, a 41,000-square-foot spa, and some massive meetings space.

A 10-acre pool complex will bring a little bit of the South Pacific to the area, flaunting what Hard Rock is calling a “Bora Bora Experience,” with private overwater villas that sit above the pools and boast private pools and butler service. There will also be multilevel waterfalls throughout the complex and canoes that guests can hop in and paddle to the beach club.

The Future Rock Star suites have a stage with liquid flooring and lights, memorabilia from today’s superstars (the first time memorabilia has been featured inside a Hard Rock guestroom) and a ceiling painted to look like a twinkling, starlit sky. Combined with the Sound of Your Stay complimentary music program, which brings Fender guitars or a Crosley record player to the guestroom for an ultimate jam session, tweens and teens will be primed for a practice run at superstardom. Plus, with the improvements made to the CityWalk area, a water taxi is just a short ride away to some sweet treats at Voodoo Donut plus both theme parks.

In recent years, Daytona Beach has been yearning for a renaissance, and the hope is that the Hard Rock Hotel will trigger it. The hotel has been accepting reservations since March 1, but the grand opening party and ceremonial Guitar Smash was held on May 1. It’s a smaller property than the other Hard Rocks in Florida, but the 200-room hotel has all the trimmings of a full-service Hard Rock Resort, including the Sound of Your Stay program, Rock Spa and Salon, Rock Shop and Body Rock Fitness Center. The open-air Wave Terrace, which abuts the signature Sessions restaurant, is where you’ll want to be at sunrise and in the evening when live music takes over the space.